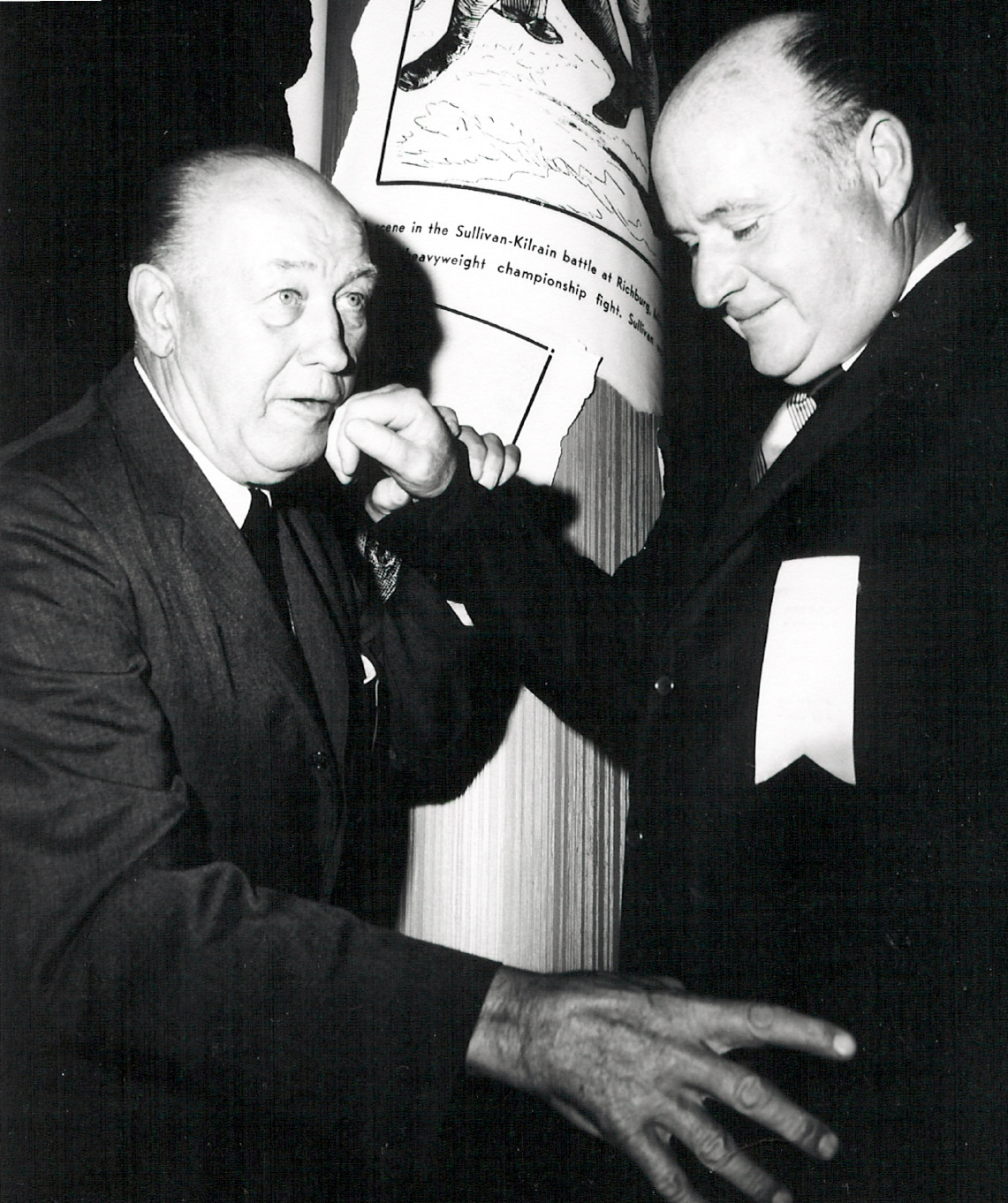 Sometimes Charlie Mapes doesn’t get the respect he deserved for his work in the Reno gaming community. I mean really, here he is getting punched-out by boxing champion Jack Sharkey! The event was the 85th Birthday party of Ancil Hoffman, who was well-known in Reno as the manager of Heavyweight Champ Max Baer.

The Boxing Champion’s party was the brainchild of Bill Pettite, a boxing fan and nephew of Nick Abelman, one of Northern Nevada’s gaming pioneers featured in the book, Mob City: Reno. Mapes decided to hold the event and foot the bill for 350 guests at his casino in 1970.

It turned out to be one of the largest gatherings of boxing legends ever, and included James J. Braddock, Jersey Joe Walcott, Willie Pastorano, Jackie Fields, Fred Apostoli, Jimmy McLarnin, and “Two Ton” Tony Galento, and of course Jack Sharkey! Even Governor Paul Laxalt showed up.

When the Mapes hotel-casino was finished in 1947, the 12-story tower was the tallest building in the entire state. The opening brought new attention to Reno and a who slew of new players, many with plenty of money, from places like Detroit, Kansas City, and the east coast. The hotel had fancy dining, a nice showroom, and a casino on the top floor that included blackjack, craps, and roulette with fancy die-cut, metal-inlay chips..

Although the casino was often leased out to other operators, Charlie Mapes owned buildings in downtown Reno, ran the concessions at the airport, and opened Mapes Money Tree casino on the corner of Virginia and 2nd Streets in 1969. It closed ten years later. The Mapes hotel-casino was closed in December 1982.