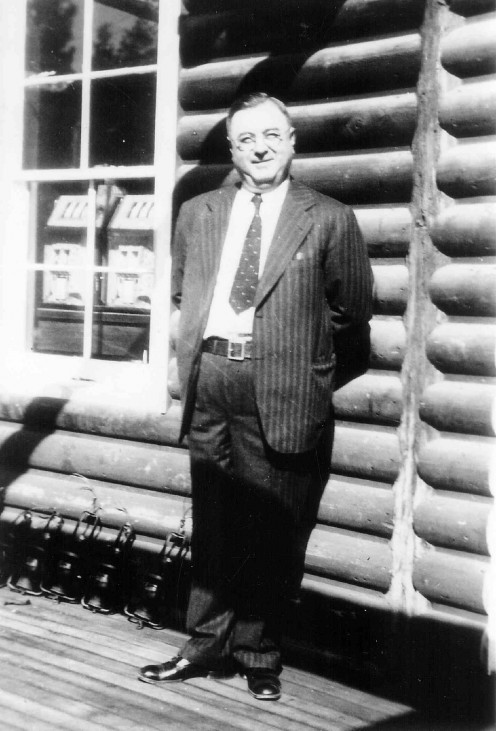 Steve Pavlovich was born in Yugoslavia in 1889. He came to America armed with dreams and a promise of a good life. What he found were rough-and-tumble characters who would rather beat you for your pennies than give you the time of day. He traveled from New York to New Jersey to Wyoming before arriving in the acrid, dusty deserts of Nevada, ready for adventure. The town of Tonopah was the most promising, and Pavlovich found a job at the Tonopah Club, working for Nick Abelman in 1910 as a bartender and faro dealer.

He was quick with numbers and could tell Abelman how the joint was doing without consulting his ledgers and was trusted to haul roulette wheels and poker tables to new clubs in towns like Manhattan and Bellehelen. In each new location Pavlovich as a one-third partner with money-man Abelman.

Pavlovich was a sure-shot with a six-gun, once drawing quickly from behind the bar and stopping a robbery in Bellehelen with a single slug into the door jamb next to the head of the would-be robber who stood with a shotgun pointed at a table of poker players. The man dropped the rifle and fled into the street where he was apprehended. The rifle was tacked above the bar’s back-glass as a reminder until the saloon (and the town) was abandoned.

In 1917 Pavlovich was the manager of Abelman’s Big Casino, having learned much from the small-town saloons. In 1922, Steve and his wife, the former Mary Dabkovich struck out on their own to Reno where they opened the Mizpah buffet, a dining and gaming establishment in the heart of town. They enjoyed the amenities that Reno provided, but there was too much competition for a small club to compete with, so they moved back to Tonopah until Abelman sold his businesses in 1927 and asked Steve to help run new casinos with him in Reno.

Bert Riddick, who also partnered with Steve and Abelman in several clubs, had moved back to his home in Ely, Nevada, so Steve traveled there with Mary to see the area and convince Bert that he should consider a move to Reno too.

The partners shared interests in Ely saloons like the Bank Club, which had one of the first Keno games in Nevada after the legalization of open gaming in 1931. The new laws allowed more money to be safely spent on casinos, and Nick opened the plush Ship and Bottle on N. Center Street in Reno with Steve handling the action during the evening.

When the club turned profitable, the partners turned their sights on the Riverside Buffet and the Stateline Country Club. It was decided that during the summer months, Steve would manage the Tahoe Casino, and he and Nick worked continuously on the interior. Pavlovich took great pride in the club’s restaurant, adding personal favorites like Louisiana frog legs and Idaho trout to the club patron’s favorite meal, filet mignon – which was available for $1.50 with vegetables, potatoes, and a dessert.

Pavlovich also loved to play 21 and spent time at neighboring casinos. One afternoon he found himself stuck $3,000 at the tiny club next door, the Main Entrance. When he caught the dealer dealing seconds from the deck to beat him, Pavlovich pulled his .44 and demanded the cheating dealer return his money.

Instead, a bouncer hit Steve repeatedly with a chair until he collapsed on the floor. Pavlovich, his head and face swelling, was taken to Reno’s Lawton Springs where the owner, Felix Turillas, secured a doctor and kept watch over him for two weeks.

His right eye was swollen shut and troubled him for the rest of his life. The cheating dealer was administered to by Bones Remmer, who made sure he wouldn’t trouble Steve ever again. Afterward, Lake Tahoe’s 6,100 elevation bothered Pavlovich and he worked exclusively at the Riverside casino in Reno. He sold his interest in the club to Mert Wertheimer in 1949.

After retiring in the 1950s, Steve and his wife moved to San Diego to be close to their son, but they missed their friends and the adventures of Nevada. Diabetes had reduced Steve’s eyesight and mobility, and one evening he took the same Frontier model revolved that had caused his problems at Lake Tahoe and turned the muzzle on his chest. His wife followed in death soon after by ingesting poison.